Phobias: Most Common Fears and Terrors

The human race is the only living creature able to feel different emotions and understand why they feel that way and be able to do something about it. Many other living creatures can only feel some of these things and cannot quite grasp the whole spectrum as to why they experience things like they do. For example, a dog will look at its owner and feel overwhelmed with happiness. It might understand that it is going through that sentiment because of seeing someone they love so much that is how far they will go. We humans can feel and understand many more sensations though.

The specter is quite large, being composed of many unique feelings of happiness, sadness, confusion, content, surprised, free, delighted, peaceful, eagerness, intrigued, impulsive, confident, uncertain, upset, lazy, powerless, inferior, superior and so on so forth. They are all wonderful and amazing in their own sense and we need all of them to feel complete and individual. 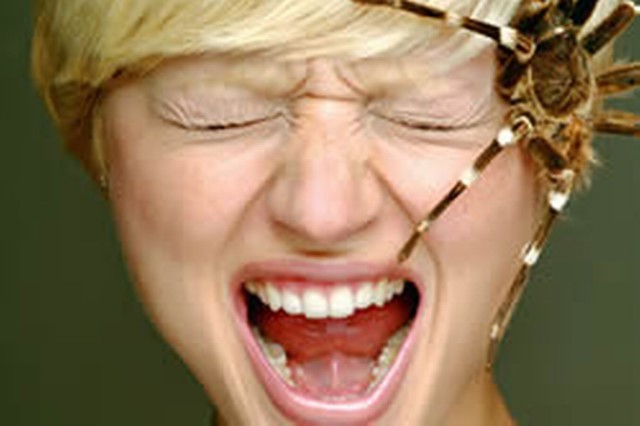 There are some that we prefer over others. I am sure most of us will agree that we would rather feel ecstatic, admired or loved rather than upset, unwanted and hated. Some of the most disliked feelings are sadness, anger and fear. These are needed though, to make us grow, to make us comprehend how the world and the people in it work. We wish we could do without them but they help us become whole and fully capable of dealing with anything. If we could not feel sadness, joy would not be appreciated as much. If we could not get angry, we would live without rioting passion. If we did not have fear, we would not know what to stay away from because our body feels the danger emanating from it.

Yet, these feelings can be very crippling and life endangering if felt in excess. The one that takes the prize for being tormenting and relentless, is fear. It is especially strong on us. Our mind and heart race, telling us to run and cower away as quickly whenever we face something that debilitates and paralyzes us with terror. When in extreme and unusually large amounts of stress and horror, our bodies get into a state of shock and panic, being unable to do anything else. When this occurs because of a trigger such as an animal, being, thought or object, it is called a phobia. Many of us experience and suffer from phobias since there are so many things to be afraid of, especially if they were rather impacting or strong on us when very young.

Even though there are countless phobias, more than 100 really, there are some that we share the most. They are highly common and even people that do not suffer from the phobia can understand as to why we feel so freaked out and terrified when facing them. These are just the ones felt by most, especially since the triggers for them are bountiful. These are the ten most general phobias experienced by humans:

Although all these fears can control and destroy a person’s quality of life and well being, there are many ways to fight it and get better, with time eventually getting rid of it in whole. We do not have to live struggling with these triggers and running away each time. We can fight back little by little, taking small steps to embracing what it is we fear, exposing ourselves and knowing it cannot harm us.

Our life is not mean to be filled with one emotion only. We are supposed to have fun, enjoy, go crazy, laugh, dance and feel like the only thing, the only person that really matters is us, and that as long as we are ok, everything else will fall into place.